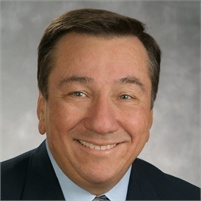 Jeff Young is Senior Vice President of First Financial Equity Corporation (FFEC) in Scottsdale, Arizona. He has been a Financial Planner and Investment Advisor since 1982 when he first joined a Wall Street brokerage firm. He has been with FFEC since 2001.

Jeff has a Series 7 securities license, Series 65 and 66, is a Registered Investment Advisor (RIA) and has a Series 39 (Direct Placement Principal). He is a FINRA Arbitrator and is licensed in Insurance and Real Estate in the state of Arizona.

Jeff’s main discipline is in Personal Investing for the firm’s Private Client Group. He also serves as the firm’s Director of Social Security Claiming Strategies and handles Due Diligence for Securitized Real Estate and Alternative Investments (AI).

Jeff is an award-winning and nationally known public speaker1 on Personal Development and Leadership, Economics and Investing and Social Security Planning. He is on the faculty of the Arizona School of Real Estate and Business in Scottsdale.

He is a retired Lieutenant Colonel in the U.S. Army Reserves and served much of his Reserve time at the Pentagon in Washington, D.C.

He and his wife Jane live in Scottsdale and have three grown children and two grandchildren.